Mom’s mother was Italian and we called her Nanny, since Dad’s mom was Grammy. Nanny always made these wonderful cookies at Christmas, sort of a cross between cucidati and rugelach. I was talking to Mom about Christmas Eve yesterday, and asked her if she was going to make Nanny Cookies, a holiday tradition in our family. Which reminded me of when my dad’s parents died…

After Grampa died, they sent him off to be cremated. Grammy died not long after, of a broken heart, really. They sent her off as well. Grammy had always promised my sister and me that she’d come back to us after she died. When we were really little and she’d tell us bedtime stories, the last thing we always asked her before she turned off the light was, “Grammy, after you’re dead, will you come back and haunt us?”

“Yes, I will,” she always answered with a chuckle, and we’d say, “Promise? You promise?” and she’d answer, “I promise.”

My basement apartment was in the house my father and his two brothers grew up in (the family still owns it), and at that time, all three of my siblings lived in the upstairs apartment. One day a large package came in the mail when I was the only one home, and it was addressed to Grampa. I thought I’d better tell Dad about that, so I put the package on a shelf in my hallway. I forgot about it for a few weeks until an identical package was delivered, this time addressed to Grammy. I wondered, Who is sending my grandparents packages after they’re dead? and put that one on the shelf too.

A little while later I was walking through the hall and saw the two packages out of the corner of my eye, and all of a sudden I realized what they were: ashes! I stood there staring at them, then just had to open them. In each box was a shiny metal container about the size and shape of a gallon paint can, with a label bearing each grandparent’s name. Hmmm. I just had to tell someone, so I ran upstairs to see who was home.

“What?” she asked, staring into the mirror as she applied eyeliner.

“Umm… Grammy and Grampa… are downstairs.”

She slowly turned her head to look at me, one eye ringed in black, and I watched in horrified fascination as her face drained deathly white in a matter of seconds. Wondering what the heck was wrong with her, I opened my mouth to ask when she croaked, “Where… are they?”

I said, “On the shelf,” and she swayed dangerously and whispered: “Jesus God, did they come back as fucking leprechauns or something?!”

“WHAT–” and I burst out laughing, finally realizing how my words must have sounded to her. I said, “No, Di… their ashes are on the shelf in two containers!” She swore at me and got her color back.

We sat at her kitchen table wondering if we should look at the ashes. After all, they were our grandparents. But then, they were Dad’s parents and we didn’t want to do anything untoward. As we were discussing this, Danny and George came home, and we all discussed it some more. Finally it was decided we should go downstairs and at least just look at the cans. So we all trooped down to my apartment as Di told our brothers what I’d just done to her.

We put the two cans on my kitchen table and stared at them. We really wanted to look inside but were afraid to. Danny said, “Well, if we just open one and look, and then close it again, that would be okay.” That made sense at the time. So we tried to open Grampa’s can, and discovered the only way to do so was like for a paint can: with a can opener. Danny had one on his pocket knife, so we made him do it. He was standing in my kitchen with the can of Grampa under one arm, prying at the lid with his opener, the rest of us ringed around him whispering, “Don’t spill it, don’t spill any…!” The lid popped off and Danny put the can on the counter and we stared down at the crinkly paper on top, upon which rested a strange burnt-looking round metal token with some numbers on it. We all looked at each other with huge eyes. Then I reached in and pulled out the paper, and we stared at Grampa’s ashes. George said, “Phew,” and we all wrinkled our noses. It smelled dusty and chalky.

We took turns poking our fingers in and exclaiming how un-ash-like it seemed: it was more chunky-style. Danny said, “Have you got a large bowl? Let’s pour ’em out and take a good look.” I got my largest mixing bowl and we poured Grampa into it, then poked and stirred and exclaimed some more.

Then. Someone got the bright idea to open Grammy’s can and mix both their ashes together. A nice thought, surely, but impetuous.

We did it immediately.

When the lid came off Grammy’s can, Di yelled, “Oh my god! Where’s the rest of her?” We were shocked at the much smaller amount of Grammy until one of us had the brains to mention how much larger Grampa had been than Grammy, and then we were relieved. We poured her in with Grampa, and I got a wooden spoon and commenced mixing. We were reverent about doing that for a few minutes, liking the thought that they’d never be separated again.

Then Danny had to say, “Hey girl, what’s cookin’?”

And I — I had to open my big mouth and loudly state: “I’m makin’ Nanny Cookies!” just as Dad walked in the door.

He said, “Hey, Nanny Cookies! Awright!” as we all froze like the guilty, irreverent creatures we were, our mouths still open in laughter, our eyes now huge and shamed, and me in mid-stir, holding the bowl. Dad walked over, still smiling, looked in the bowl and immediately frowned, saying, “That doesn’t look like Nanny Cookies. What the hell is that?”

He looked at all of us and said, “What’s wrong with you guys?” I said, “Ahh–” and Di said, “Umm, umm–” and Danny began to shake and turn beet red with suppressed laughter. George just rolled his eyes. Dad looked at Danny, then at Di and me with our stupid nervous grins, and started to laugh although he didn’t know why. George covered his eyes and slumped in his chair. I said, weakly, “It’s, um, well, it’s ah, grammyangrampa.”

I said, “We thought it would be nice if they were… together. You know — together…” I looked down at the bowl I still held, “…umm, like, forever? heh…”

Since I still hadn’t got round to telling Dad that the ashes had arrived, it took him another moment to really get what was going on. His eyes bugged out when he realized what was in the bowl. “Whaa–?” He sat down hard at my kitchen table, put face in his hands, his shoulders shaking. We evil children stared at one another in horror of what we’d done — made our dad cry! Then he lifted his head, his face red and contorted with laughter. “Jesus Christ! You kids are weird!”

After we all recovered, we spent an interesting hour or so learning about cremation from Dad (he knows odd things about a lot of stuff), stirring the ashes some more, and reminiscing about our grandparents. 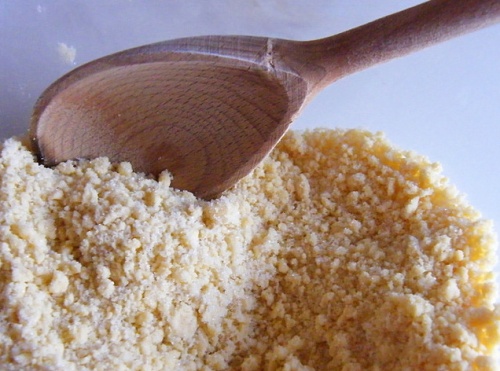 This entry was posted in Family, The Basement Stories and tagged cremation, curiosity, family, life and death, sfw. Bookmark the permalink.