It is complete now, two ends of time are neatly tied
A one-way street, she’s walking to the end of the line
And there she meets the faces she keeps in her heart and mind
They say, “Goodbye…”
Tomorrow, Wendy is going to die
~Andy Prieboy

It’s been nearly six months since she died, and though I don’t think of it often now, when I do it’s hard to believe she’s gone for good. That’s been my overall feeling: kind of not real — more surreal. Knowing that my sister has died is so strange, but a friend of mine helped it make sense by saying that Dianna had died a long time ago for me, so this disconnect, while strange, isn’t unusual to feel, I guess.

What I don’t know is usual or unusual is the feeling that this only happens to other people, other families — especially those in fiction — but not to us. Because it just hasn’t happened to us, in our immediate or extended family, but for once that I know of. My cousin Leslie died in a fire, in the early ’70s, before she was 16. Though we knew her, she lived across the country and we rarely saw her. It was a remove, to us kids at least — though certainly not to my aunt, or to my cousin’s sister. Other than losing Leslie when she was a child — in a horrible way for her and her family and everyone who knew her — we’ve been lucky. People in our family have died in both normal and bad circumstances, but other than my cousin Leslie, no one has died before their time since my grandparents and before (some of my grandparents and great-grandparents died before age 70, but several lived well beyond that). My maternal grandmother lost a few of her many siblings when they were very young, but unfortunately, that wasn’t uncommon at the time, back in the late 1800s/early 1900s. And to me, now, my sister being gone… that feels like more history than family.

The most difficult part here is that I feel I should have way more grief and guilt than I do now. Dianna spent years killing me on the phone — it was one of her favorite activities. I think I’m still recovering from that — no, wait, I’m pretty sure I never will, really, because you can’t get or keep me on the phone since, without pain for both you and me (see Telephone Thing).

I’ve been trying to write this as some kind of tribute, tried to make it prettier or better than it is or was, and it hasn’t worked. Not going to happen. And it’s fucked me up for blogging, obviously. I got stuck at Dianna and haven’t been able to get past her to get back to writing (it has felt disrespectful to try to blog without getting this in first, or out of the way — I know that sounds bad, but there it is). Which, thinking of it, was what life was like with her until I stopped contact about 2 1/2 years before she died.

She was abusive, manipulative, unhappy, bitchy… and that’s all without the alcoholism. The drinking just made that all worse, and I had to separate.

Problem here in the blog is that it’s about me, not her.

So, for what that’s worth — not much, I think — my poor, delicate, unhappy, funny, freaky, annoying sister drank herself to death just a few short weeks after her 50th birthday. I’m glad that she’s no longer abusing (and taking advantage of) me, my mom, and my youngest brother. I’m so thankful that she died in a lovely morphine haze with her family around her (I was there for the last month or so of her life, and she was able to recognize me a few times before the morphine took over), that she spent her last few days gently inhaling and exhaling, and then just did not inhale again. That it was not painful for her — that’s most important.

I feel bad for my parents, my brothers, my sister. The only reason I feel bad for me is that I don’t feel as bad I should (or as bad as probably a lot of people might think I should). But too, I feel bad for me that I lost my sister who was, at the times she wasn’t horrid to me, witty, clever, pretty… and basically just special in her own way, which to say is in the same way that we all are to the people who love us (even if they don’t always like us). 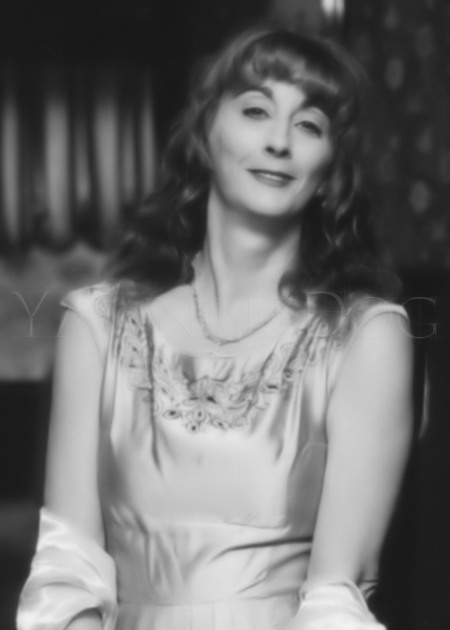 This entry was posted in Family, People and tagged family, life and death, sadness, sfw, siblings, sisters. Bookmark the permalink.