I can’t unhear this (Mom)

Mom has been retired for about six months now. She’s 73 (looks 60 — I should be so lucky). She’s also an artist — a frustrated artist who hasn’t had the time, opportunity or self-confidence to hone her craft other than sporadically.

It didn’t take long for her to go all Telephone Thing on me nearly every day (usually twice a day at minimum). That’s understandable — she’s retired but is currently living with one of my brothers until her cottage is finished (that’s a story in itself, and not a good one). So, not only is she down from working 70 hours a week to none, she’s lost at sea in her own ocean.

The History of Mom will have to be another post, so let me just get this out of my system.

She called tonight just before I was about to put dinner on the table. She tends to go on and on when on the phone (and in person), so I said, “What’s up?” 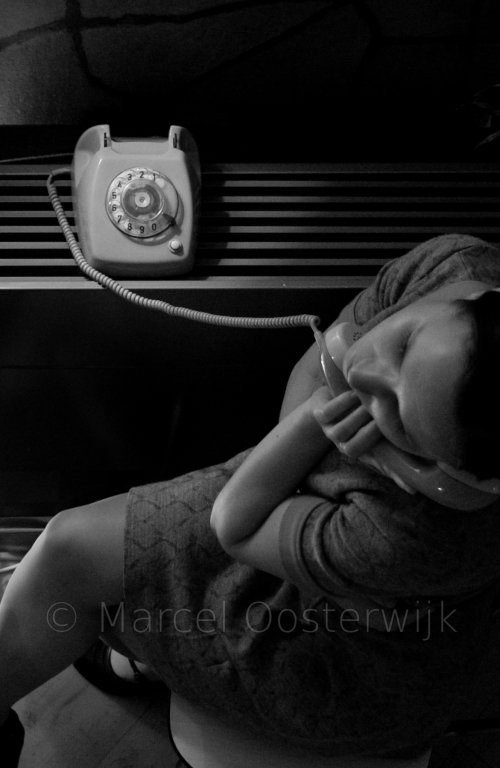 “Oh, okay, I’ll let you get back to it. I just wanted to tell you that there’s been a development.”

“A development in my life. But yeah, but I’ll call you tomorrow and tell you all about it.”

I have visions of tossing and turning all night wondering what this development could be. The way things have been in her life lately, it could be anything from a new recipe to a potential boyfriend, and I’d like to get the discovery over with now. “Mom, you can’t just say there’s been a development in your life and then say you’ll tell me all about it in 24 hours.”

I actually take the phone away from my ear, frown at it, put it back. There’s no way she’s calling me about hummus. “What?”

“I was talking to the waitress.”

My first thought: she just said this in a restaurant. My second thought came out of my mouth — “How the hell should I know?” — at the same time my inner child put its hands over its ears and chanted, La la la la, I can’t hear you!

Lalalala.. I don’t wanna hear this by Hilde Slkjølberg on Flickr

“Well, there are mitigating circumstances.”

“Mom… if you have desire and want to do it, then do it. If there are circumstances that might make you, I dunno, question doing it or regret it afterwards or whatever, then don’t do it.”

Yikers. My ears. My psyche.