Tag Archives: A Raisin in the Sun

“Who Played the Raisin?” 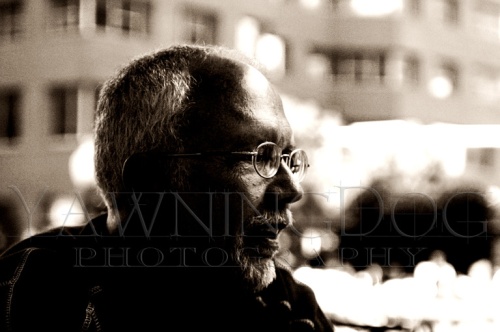 One Saturday night, Nitram and I were watching old movies on TBS. One movie was In the Heat of the Night, and I was riveted to the screen. What a truly great film! I couldn’t even get up to pee, it was so good.

Later that night we were talking about old movies and Nitram said something about the movie A Raisin in the Sun. Not having seen it (yet), I asked what it was about. He said, “It had to do with prejudice, I think, and took place in the Great Depression, in the Dustbowl, in the South,” which I thought was kind of a weird description. Immediately Morgan Freeman’s face popped into my mind, and I said, quite sincerely, yet worded quite wrongly (and leaving out one very important word), “So who played the raisin, a black man?”

Nitram lost it. Completely. After a couple minutes I started laughing too just because he was laughing so hard. Then I sort of played it over in my mind and really started laughing. I tried to gasp out an explanation: “You said Dustbowl… deep south… prejudice — I meant, I meant — not who played the raisin, but—” and since I’d repeated the phrase he was good for another few minutes of crying and choking and gasping, and so was I.

Finally I managed, “Well I thought maybe it was an old black man, you know — dried up and wrinkled… like a raisin…” “Old” being the word I’d left out the first time, a distinction I felt was very important. But there was to be no distinction no matter how important, the cause was lost. We were staggering around the kitchen for a good ten minutes, then out onto the porch for more staggering and sputtering. I guess I really capped it off when I tried just once more: “Well, you said the South, the Depression — there was a lot of racism going on back then!”

It’s not often he gets one over on me, but this one should be good for years of abuse in his mind.

Posted in Books, Movies, Music, Conversations on the Porch, Family

Tagged A Raisin in the Sun, conversations, films, movies, Nitram